Arian Eghbali is a famous Author, Entrepreneur, Industrialist, Media Proprietor, and Investor who was born on 30 July 1984 in Tehran, Iran. He is Best known as the founder, CEO, and president of the multi-national company Enrich Financial. 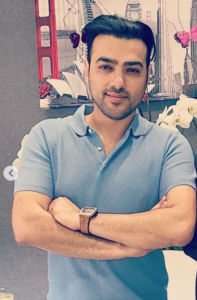 Arian Eghbali started his entrepreneurship career as the director of a Canadian company known as Nicholas Import & Export. In 2007, combining his interest in media with his leadership skills, Arian founded TMTV in Los Angeles, CA. Under Arian’s management, TMTV became the first Iranian media outlet with a platform for public stock trading under Global Gateway Media & Communications Inc with stock ticker of GGMC in NASDAQ. Being a pioneer, Arian founded and is the CEO of the newsletter, Iran Mehr: the first weekly political newspaper in Los Angeles with a political theme in Farsi. Currently, Iran Mehr is distributed in California, New York and Texas. Always a patron of arts, Arian Eghbali decided to start a tour with Ebrahim Hamedi, the Iranian legendary singer, best known as Ebi, AKA, Master of Voice, AKA, King of Persian Pop. Enrich Financial became the sponsor of Ebi’s 50th tour, known as The 50 World Tour, celebrating a lifetime of memories with an estimated audience of 500,000 fans during the span of 90 concerts, in 40 cities, 13 countries, and 4 continents. Arian has received certificates and recognition letters from other American Politicians, such as Paul Korets, member of the Los Angeles City Council, Bob Blumenfield, the Los Angeles City Councilmember for the 3rd Council District, and Matt Dababneh, member of the California State Assembly. In 2016, Arian was awarded Certificate of Special Congressional Recognition that highlights his company’s invaluable service to the community and appoints Enrich Financial as the top credit repair company in Los Angeles.