Walker Vernal Seldon (born May 18, 1994), popularly known as the stage Selldretti, is an American rapper, songwriter and producer currently based in Fayetteville, United States. In 2017, his first single called Welcome to Columbus, Ga received many positive reviews, which earned him notoriety. He is currently an independent artist with his own label called Selldretti Music.

Selldretti was born in Columbus, Georgia, where he attended Northside High School. Before graduation, he enlisted in the United States Army with the rank of Private First Class.

On June 22, 2019, he received a proclamation from the Mayor of Columbus, the Honorable BH “Skip” Henderson III, to designate this day as 2nd Lt. Walker Vernal Seldon Day to celebrate the achievement of being one of the only African Americans from Columbus, Georgia, graduating from the prestigious academy.

Selldretti married his wife Amber Seldon on May 28, 2019. On September 15, 2019, their only daughter, Waverly Seldon, was born. They currently live in Fayetteville, North Carolina.

Selldretti drew interest to become a rapper from his older brother Marcus Seldon, who 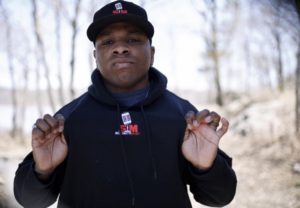 also goes by its stage name Marcus Muscogee. He cites rappers like Tupac, Biggie Smalls, Nas, Jay-Z and Curren $ y as influencers of his rap style. In 2017, Selldretti released their first single Welcome to Columbus, Ga, which appeared on DJ Young Cee’s Record Labels Need Me Vol mixtape. 88. The song was part of his first Life Goes On project which was officially released in 2016 but placed on streaming platforms in 2017.

The same year, Selldretti created the rap group S.M.G. and released their only album called The Move in 2017. In December 2017, Selldretti released their second solo project Back to the Boom which features their hit single Rock the Block. In 2018, he released his third project The Dilla Way: A Tribute to J. Dilla to commemorate the legendary music producer J. Dilla. In 2019, he released his EP The People V. Sharheem.

Due to military obligations and focusing on his family, Selldretti took a long break from music and made his comeback in 2020 with the release of his freestyle Still Movin.

During his career, Selldretti has amassed over nine million streams on the Soundcloud streaming platform. His music has been featured in The Source Magazine, The Hype Magazine, All Hip Hop, Hip-Hip Enquirer and True Magazine.